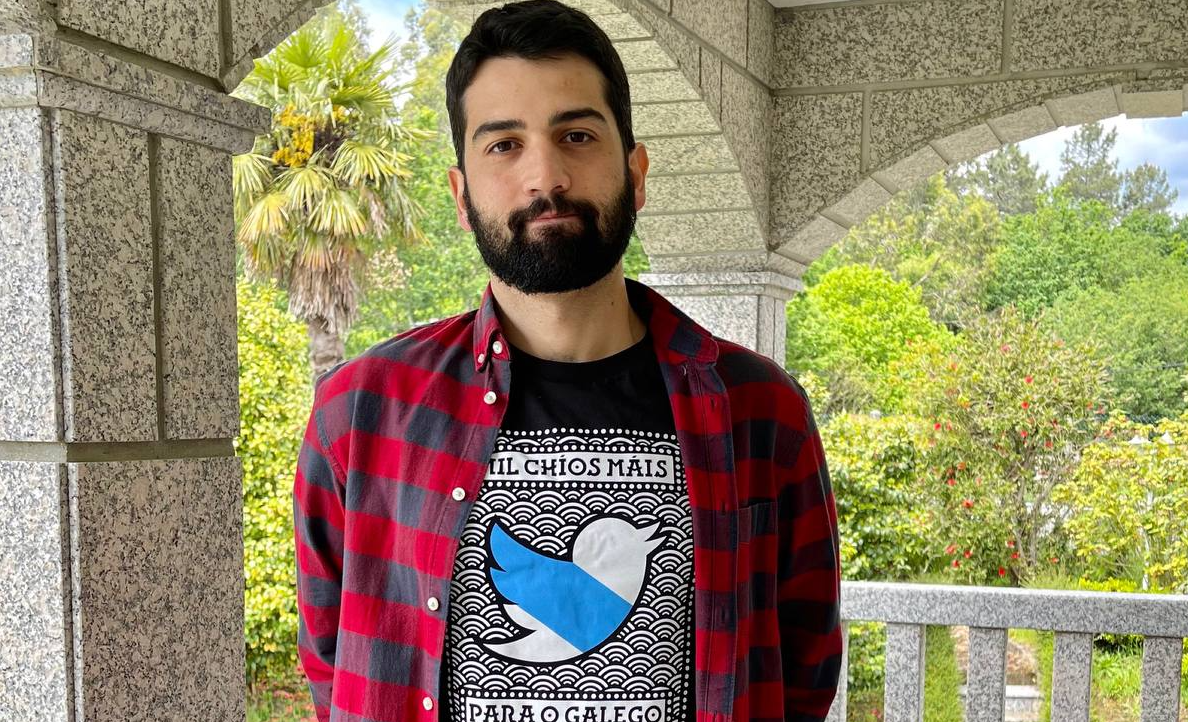 Twitter in Galician is an initiative which was born in 2011 with the aim to achieve great support of internet users to translate Twitter into Galician. Today we talk with them about their experiences and future projects.

Answer: The initiative of Twitter in Galician is a project which was born from the digital activism through a profile on the social platform created by Carlos Vieito, promoter of this initiative, with which it begins to request directly to Twitter the possibility of translating this social network to Galician language. The main objective is that all users can configure their profile in Galician and thus be able to tweet.

Another objective is that every day more and more people who are Twitter feel comfortable publishing their 280 character messages in Galician. From the initiative we are very clear that is essential that people not only set up their profile in Galician, but also that they communicate publicly in their language.  That is why we understand that it is necessary to create an attractive environment to do so.

Q: A little review of your history and of your main works or activities during these years.

A: The project which has already made 10 years since the first tweet was published; an intense and interesting decade in equal parts. In May 2011 the initiative was launched with a simple mission: the possibility to set up this social platform in our language. This was achieved in 2013, after digitally mobilizing the Galician community on Twitter and coordinating the entire translation process with hundreds of volunteer translators.

Those mobilizations promote the use of Galician in social networks, beyond the limits of Twitter, to make it a common language among the youth in order to lose prejudices and communicate through the new digital media, creating a community where they feel comfortable speaking in Galician.

The main challenge of the initiative was the voluntary translation from English to Galician of an entire social platform and in a record time. More than 10.000 chains were translated and validated more than 50.000 terms in only six months, becoming the Galician community in one of the more active of the Twitter Translation Center. A lot of digital tools have been created to achieve this objective to make it easy for the users of this platform to actively participate in the translation of this project. Thus encouraging the collaboration and exchange of ideas around the language in a new area, such as digital and social networks.

The initiative creates from nothing a terminology to adapt the Galician language to a new digital reality. Users of Twitter started to talk about publishing “chíos” (tweets) and media already use them with total normality when they want to refer to the messages published in this social platform. Normalization and use of this new terms is so successful that the Real Academia Galega has just included these new meanings in its dictionary.

A: Our next goal is make possible for anyone to configure its Twitter profile in Galician on the application. By this, we are claiming right now the language actualization on the mobile version, as Galician is not already available, when it is a long time since it has been translated and ready to be included on mobile devices.

It would be great that, besides being able to configure the platform in Galician, more and more users took the step to publish their short messages in Galician.

Q: What is your web? Why did you choose that name? And, why do you prefer .gal domain?

A: Our web is easy to find: twotterengalego.gal. A direct name and easy to identify with the initiative to make easier for people to know about us.

I think puntoGal domain has our colours: a flag which identifies us on the global Net. You know that behind that web there is a person who loves and bets for the same as you. Besides, every time I enter an ecommerce or a website with an URL ended in .gal, it transmits me confidence and added value to everything it offers.

I am sure that if it were another generic domain, the effect would not be the same. It is great to find while you are surfing the net a website ended in puntoGal.

Q.What do you think .gal provides to you? Online and offline

A: More than what puntoGal offers to us, I would say what we can provide to the puntoGal community. I consider that betting for having our own domain is almost a civil duty for any person or establishment which offers any content or service online in our language. I think it is to make us visible as people, in all its extent, both on the Internet and outside it.