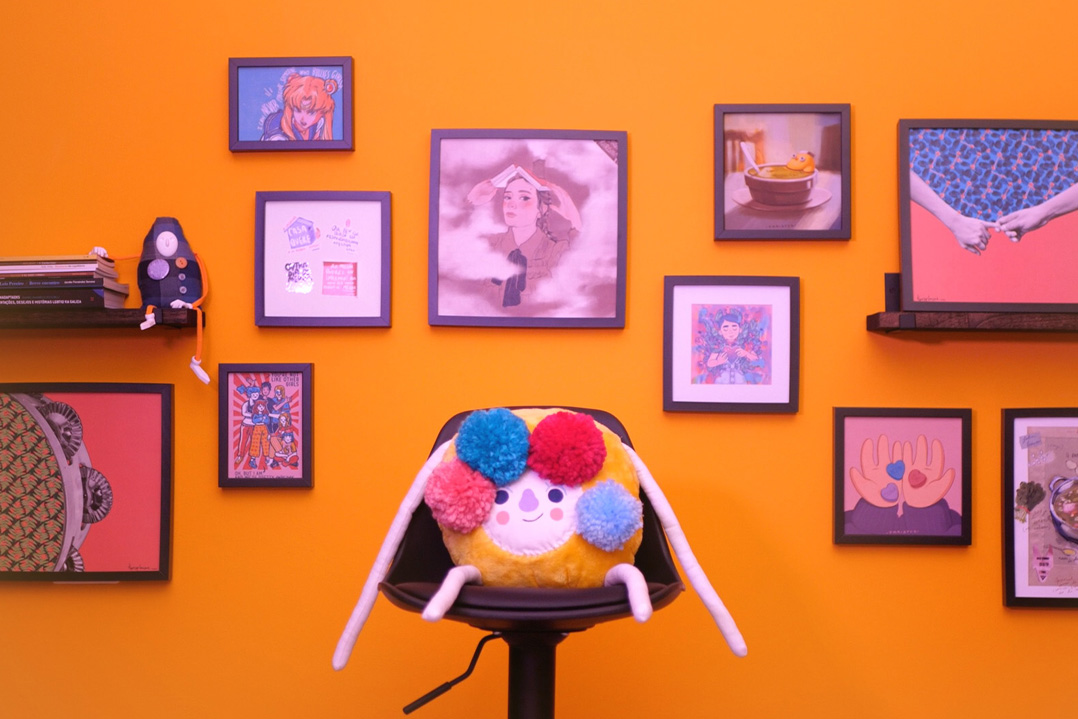 11/10/22
Na Utopia, the space in Galician to learn whatever, whenever and wherever you want

E-learning tools are becoming more and more popular in many languages. Na Utopia is a project aimed at all those who want to learn new things in any field in Galician from anywhere. What are you waiting for to learn more?

Question: Tell us a little bit, who are you in nautopia.gal and what do you do?
Answer: Na Utopia is a project of online workshops  on different topics in Galician. At the moment there is only me, Lorena, behind the project. I am the person in charge of contacting the people we want to give the workshops, as well as recording and editing them. Of course I have occasional collaborations, such as the web designer Ángel Sánchez, in charge of the website, or Nándo Pérez, responsible for the Canción Desastre project, who made the soundtrack for the videos.

Q: Why do you use nautopia.gal for your website?
A: One of the most important parts of the project is the language, so it didn’t make sense to do it with another domain, since we have our own. We are fortunate to be able to be part of this community of such different initiatives that are committed to exist in Galician.

Q: Where did the idea for your business come from?
A: First, to give an outlet for my profession as a graphic designer in a different way. Design is still a communication tool and with this project I could give it an outlet in a useful way for society and very exciting for me. Combining this with the language struggle, Na Utopía was born. Where we were able to learn from a lot of very interesting Galician people, on a wide variety of topics.

Q: What are your plans for the future, where do you want to go?
A: We have a lot of ideas for the future, so we hope people like the project and find it interesting, because we have a lot more to offer. We want to keep adding diverse content continuously to create a very complete platform where people can always come to learn or discover new things.

Q: Where do you mainly work and what are your projects?
A: In Utopia, let’s say it has two parts: on the one hand we have a small studio, at the moment at home, where the people who do the workshops come to record them. On the other hand, being an online platform, it can be accessed by anyone, anywhere. In this sense, one of the things we want to have for the future are subtitles in Galician as well as in other languages.

Q: What do you think the .gal domain offers you?
A: Our whole project is done in Galician, so the domain could not be any other for us. I think that on the one hand, it positions you in an almost vindictive place, where you know that the language is going to be important. But on the other hand, it is a step towards normalization. In a project like ours, where the web is the main site, we did not consider any other option than this.

Q: If there is anything else you would like to tell our readers, this is the place.
A: We have the habit of resorting to other languages in many situations where we wouldn’t have to or many times where we have no other choice: watching a dubbed film, activating captions in another language, researching on the web or searching for content on Youtube. This project is an opportunity so that this does not have to be so, so that you can learn in your own language about subjects as different as photography, music or crochet (and many more to come). I think it is an opportunity both for the public, and to see that projects like this can exist and work, and thus give rise to many more to come.