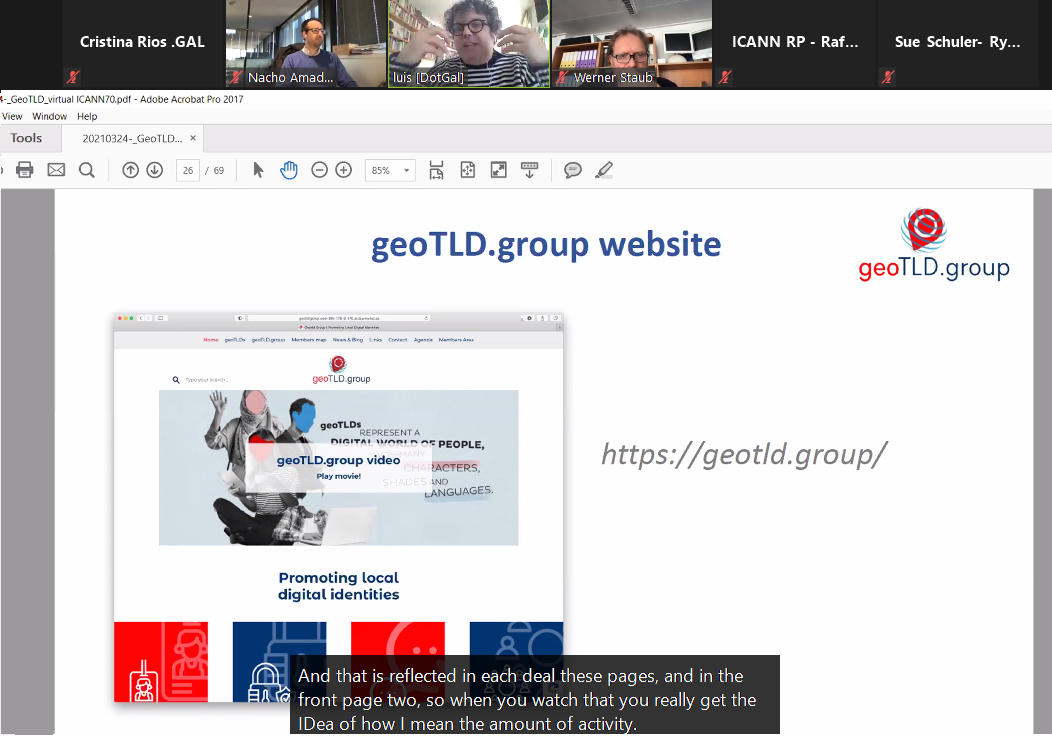 Yesterday, 24th March, GeoTld Group held a general meeting of the group as part of the 70 ICANN Meeting, an annual meeting for the companies which are part of the golbal Internet. PuntoGal is part of this group that promotes local identities on the Net.

On the meeting several issues were discussed about the group management, as well as the activities developed during 2020, which were minor due to the world crisis caused by the Covid-19 pandemic.

PuntoGal presented the new GeoTld Group website, geotld.group. A renewal towards a more modenr interface, where every member of the group has more presence ans where the recent activities as group and of the registries can be consulted. On the web people can watch a corporative video in which the group is presented and which was personalised by some of their members.

With the production of this website in Galicia, PuntoGAl reached one of the objectives of being interlocutor on Internet issues and to introduce Galican productive tissue among the ICANN purcharsers.

The meeting was attended also by the delegate of the ICANN, Elena plexida, who presented the new European directives in terms of Internet security.