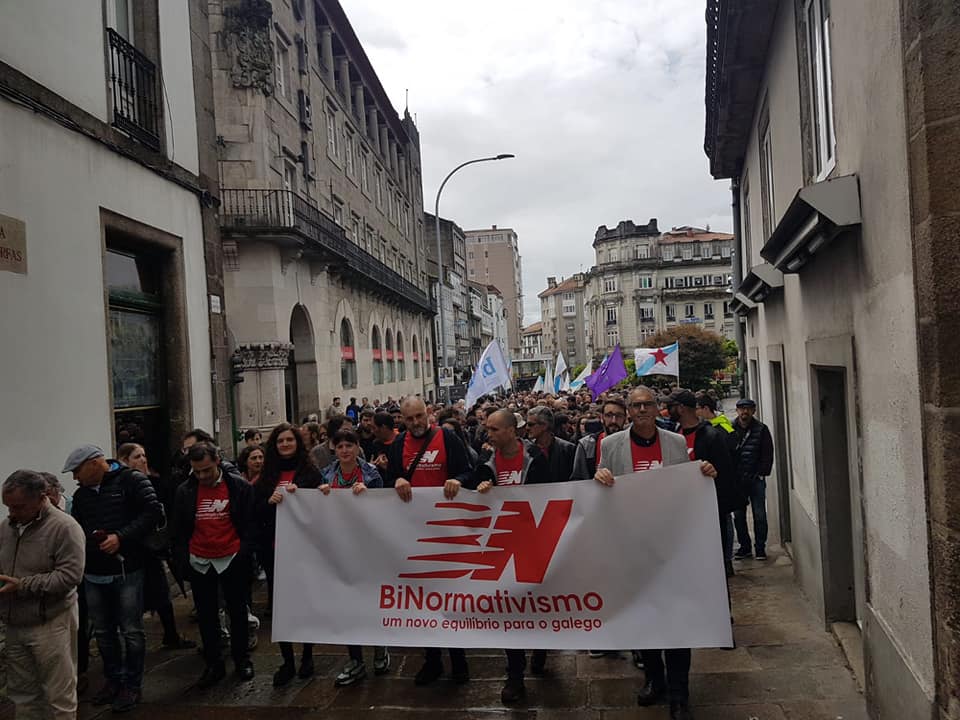 One of the first domains to appear in the Net and one of those which has the possibility of appearing with only one letter. Decades working for the Galician language. We speak today to Eliseu Mera Quintas, Vice-president of AGAL.

Question: Who is AGAL and what do you do?

Answer: We are an association which claims the galician-portuguese orthography as the most suitable for our language because of its historical continuity and to put us on a space of 250 million people, which is Lusophony.

Q: Could you made us a small review of your history and main works or objectives during this time, to inform the readers of our page

A: The AGAL was constituted in 1981 to defend a vision of the Galician integrated into the Lusophony as a fundamental element for its normalization. The first important work was the  Estudo crítico contra das normas ortográficas e morfológicas do idioma galego (1983).  During these years we published several interesting works, the magazine Agália  and organized lectures and seminars

Among our principal asset products  stands out the publishing house Através , the training webpage A nossa Galáxia , the Dicionário Estraviz, the linguistic office on Twitter Em galego , the video channel Através Produtora or the Portal Galego da Língua.

A: We are working on the implantation of a bi-normative strategy, that means, that two of the most commonly used orthographical norms for Galician language (RAGA Galician and AGAL Galician) will live legally together.  This is what happens in countries as Norway and Luxembourg.

Q:  Which is your webpage Why did you chose that name? And why do you prefer .gal?

A: Our webpage is a.gal. We already use the .gal domain for other products as Portal Galego da Lingua (pgl.gal) and also A nossa galaxia (anossagalaxia.gal). Using barely the vowel “a” we can find the name of our organization.

Q: What do you think .gal offers to you?

A: It is very important to identify our actions as territory, our objectives have and strong sense in Galicia, and this is the best way to show it.

Q: Is there any thing you want to remark?

A: We bet for a new social consensus with respect to our language which integrates the different ways of understanding Galician and that could be revert on the ferocious lost of speakers during the last forty years. All our actions have a positive and inclusive approach

Attach an image of a manifestation where we claimed the bi-normativism and another where we celebrate the centenary of the Irmandades da Fala. As vídeo, I propose this teaser of a documentary which is being made about Carvalho Calero.